I may be alone in this but I am sat here feeling sorry for Lord Rennard. What he has been accused of is indeed disgusting but as it stands they are merely accusations, nothing more. But that doesn't matter in cases such as this and given the clusterfuck that was the Sally Bercow and the late Lord McAlpine twitter scandal you think people would learn.

But no, people's minds are made up it seems and Lord Rennard was yesterday suspended from his party. This is a disturbing development to me, showing that mob justice can claim someone's head. Lets look over some core facts. 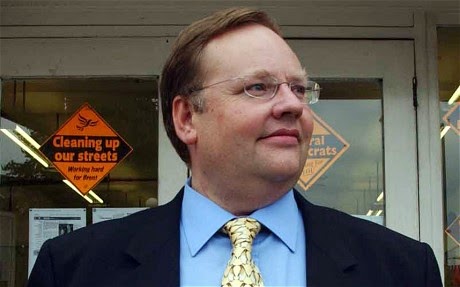 Seems stupid doesn't it, imagine it was you and your job. Accused of sexual harassment, police say there isn't enough evidence and HR clear you as well yet pressure from the marketing department means you get fired. You would be fuming wouldn't you, well, that's why Rennard is angry and may sue. Good for him.

For all the people who say "there's no smoke without fire" need to grow up. We live in a society that judges people by "innocent until proven guilty", it's how you would want to be judged, you should apply that to everyone else. At this moment in time Rennard is an innocent man.